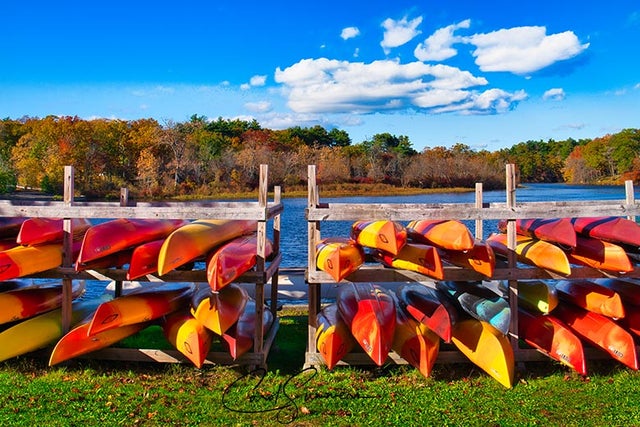 Norumbega Park was a recreation area and amusement park located in what was known as "Auburndale on the Charles". The associated Totem Pole Ballroom became a well known dancing venue, welcoming big bands that were touring in the 1940s. The Park first opened in 1897!. There was pedal boating on the Charles River, a theater, gardens, restaurants, food vendors, penny arcades, a picnic area dnd amusement park. The Park closed in 1963, and the Ballroom in 1964. These days, you can rent a kayak for boating on the Charles River. And there are a few remnants left from its heyday. This autumn scene shows the kayaks available to use. What I like about this image is that the foliage matches the colors of the kayaks.