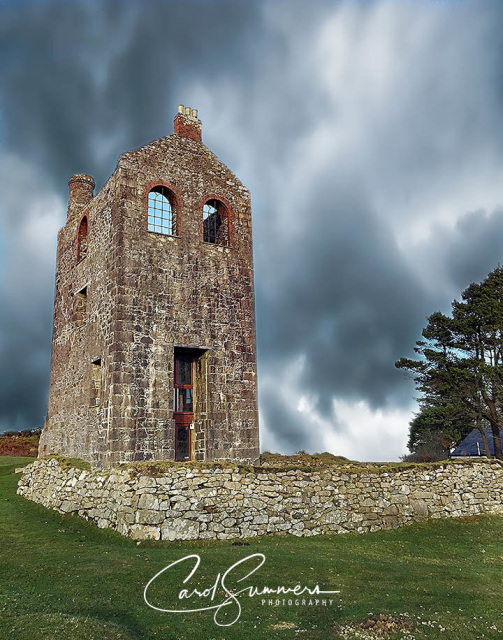 SKU:
$45.00
$45.00
Unavailable
per item
Bodmin Moor -  I always remembered Bodmin Moor being mentioned in a Sherlock Holmes film - yes, someone had died on Bodmin Moor. So I always wanted to visit. And I did!  It's bleak, mystical, and beautiful. It was densely populated during the Bronze Age and numerous archaeological remains have been uncovered.
Bodmin moor was heavily mined during the 19th century. Ruins of disused granite quarries and tin and copper mines litter the landscape.

This mine was first worked under the name Wheal Prosper in 1836 when it was part of Cornwall Great United Mines. The venture was unsuccessful, but later exploration found ore in quantity. Between 1848 and 1889 Phoenix United had produced 84,538 tons of copper and between 1853-1898 15,996 tons of tin.  Today,  it's the Minions Heritage Center.